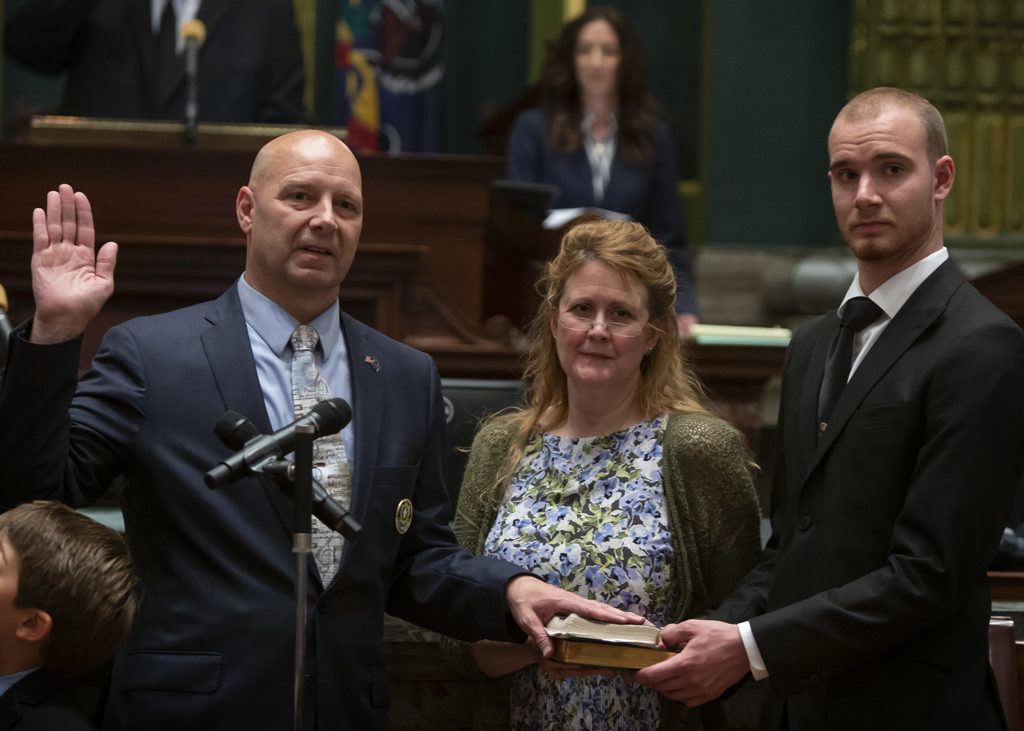 “The citizens of the 33rd District can count on me to fight for them and to defend the conservative values of south-central Pennsylvania,” said Mastriano, a retired U.S. Army Colonel and combat veteran.

After 30 years on active duty, Mastriano retired from the U.S Army in November 2017. He was commissioned in 1986, served along the Iron Curtain, witnessed the end of Cold War, served in Operation Desert Storm to liberate Kuwait and was deployed three times to Afghanistan.

“As a soldier, I faced the Soviets, the Iraqi Guard and the Taliban,” said Mastriano. “I will not have trouble standing up to those who want to waste taxpayer money, limit the Second Amendment or void the rights of the unborn.”

Mastriano has been plain-spoken about his convictions, including his belief in limited government. He has declined the taxpayer-funded pension and plans to propose a “Taxpayer Bill of Rights” to limit state spending.

Mastriano was joined by his wife Rebecca, son Josiah and friends at today’s swearing-in ceremony. Additional information about the swearing-in ceremony, including photos and video, is available on Senator Mastriano’s website (www.SenatorMastriano.com), or on his social media sites (Twitter: @SenMastriano; Instagram: senatormastriano; Facebook: SenatorDougMastriano).

“I’m pleased to welcome a new member who is committed to fiscal responsibility and government accountability,” said Senate President Pro Tempore Joe Scarnati (R-25).  “Senator Mastriano has spent his career defending our nation.  The Senate is fortunate to have a public servant of his caliber join us as we work together to make Pennsylvania a stronger state.”

Senate Majority Leader Jake Corman added: “We are pleased to welcome to our caucus an individual who has such an impressive background in serving his community and defending our nation. Senator Mastriano’s commitment to public service at all levels and his passion for ensuring that government works for people will make him a valued addition to our caucus.”

Mastriano is an award winning author, has a Ph.D. in history, four master’s degrees, and was a professor at the U.S. Army War College in Carlisle, PA. He is an active member of his church and resides near Caledonia State Park, in Fayetteville.